The productivity of cropping

systems is highly dependent on supplies of phosphorus (P), often applied as fertilizer; however the use of P in excess of crop needs and the inefficient use of P by plants have led to an accumulation of a largely unavailable soil P pool as well as the eutrophication of receiving waters courses. Additionally, the application P fertilizer in excess of demand represents a mass wasting of finite mineral resources. Approximately 80% of P fertilizers are derived from non-renewable phosphate mining operations. There are concerns around the sustainable use of phosphorus on a global scale and as part of the endeavour for sustainability, we are here seeking new and iimprovedways of making the best of forms of phosphorus that exist in soils.

A large proportion of soil P is often in organic chemical forms, constituting up to 80% of 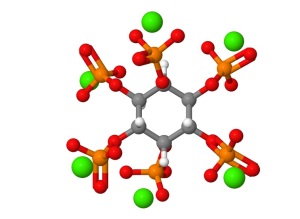 the total soil P. Organic P (Po) in soils is popularly thought to be poorly available for plant uptake. The two main fundamental problems associated with the poor utilisation of soil Po by plants are: a) soil Po forms, specially phytate, are strongly attached to soil particles and precipitated as insoluble forms; and b) even when soluble and not firmly attached to soil particles, Po forms are not readily available for plant uptake and need to be hydrolysed by phosphatases (e.g. phytase). Some more recent evidence suggests that, plant and soil management strategies could be designed to promote plant utilisation of the ‘recalcitrant’ soil P fraction. Both Po mobilization and presence of phosphatase enzymes are critical features for the plant utilisation of organic P.

Many factors may affect the bioavailability of organic P in soils: rhizosphere interactions between plant, soil, and the resident microbial community, and the plant genotypic variation. Many plants exudate organic acids from their roots, which can release the P attached to soil particles, nevertheless the root exudation of phosphatases are a much less common feature. Several plants have been genetically engineered for expressing extracellular heterologous fungal phytases. Among these, a transgenic clover (Trifolium subterraneum L.), is capable of secreting Aspergillus niger phytase into the rhizosphere. Clover can be undersown into cereal crops to provide nitrogen (N), act as an overwinter green manure. Some strains of barley (Hordeum vulgare L.) have been shown to possess an increased capability of releasing organic acids, making the organic P available for mineralisation. The clover/barley bi-cropping system may be an exemplar sustainable alternative to the intensive application of P and N fertilizers, thus potentially making the arable system more efficient both economically and environmentally.